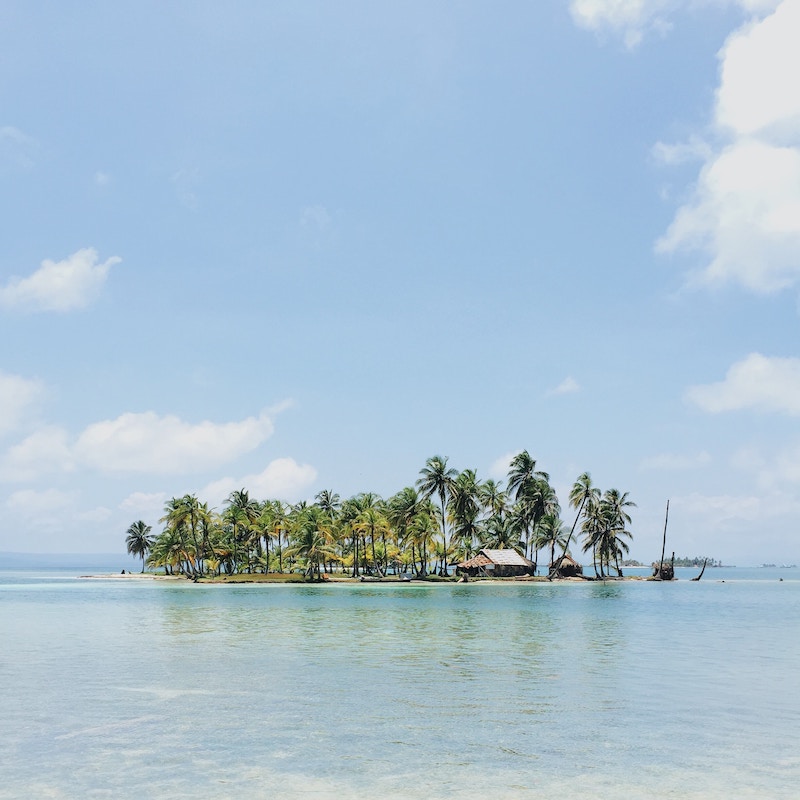 Did you miss me? I have taken myself away on a far away island, digital detox included. And now I am sitting on a plane in the middle of the night, my stomach in knots and my head spinning with the lack of sleep and the amount and speed of thoughts rushing through my mind.

I have been here before. I went to Thailand 18 months ago to get some space. Sometimes you need to create distance to see the forest among all the trees. Back then, I had just started therapy and gotten the slightest inkling that my crippling depression had its cause in my relationship and my inability to voice my needs.

During that week in Thailand, I barely slept. I paced my room with waves of anger and sadness rushing over me, followed by thunder clouds of guilt. How could I be unhappy or even angry with my husband? Wasn’t he the most amazing person on earth and I just extremely ungrateful? Who did I think I was?!

It’s often said that a traumatic experience early in life marks a person forever, pulls her out of line, saying, “Stay there. Don’t move.”

I have always been aware of my trauma. I always knew that being sexually abused by your own father as a child, followed by the neglect of your mother and the emotional abuse by your stepfather would throw any kid off a ‘normal’ emotional development trajectory. I don’t feel shame. None of this has been my fault. I didn’t talk about it much, and on the rare occasions that I did, I would speak about it in a matter of factly way. I wouldn’t give them the pleasure of seeing me fail, so I worked extra hard at defying the odds. I didn’t feel anything. And I didn’t want to. I knew that feeling meant crumbling under the pain that I had buried somewhere deep inside of me. Dissociation comes to mind.

In my determination to avoid letting my trauma define who I am, I didn’t realise how much it did exactly that. Deep down, I had manifested the belief that I was worthless and unlovable. That eventually, people would realise my worthlessness and just stop loving and caring. And that I would have to accept that, setting all my wants and needs aside, or leave. My deepest fear became a self-fulfilling prophecy. My first marriage ended when my ex became unloving and mean. I never stood up for myself but found the situation increasingly unbearable. I finally pulled the plug when I found out he’d cheated (again), thankful to be handed a valid reason to leave.

Realising how low my sense of self-worth had been had floored me. It made total sense – recurring dreams of being stripped of my Master’s Degree, of failing maths A-levels and of not being able to find a job (no, not even the florist wants me in my dreams) all point in a certain direction. But it clashed greatly with the image I had of myself and was so eager to present to the world. On the outside, I am determined, strong willed and opinionated. I speak four languages, I have built houses and sold them again with a juicy profit, I wrote 1 1/2 books, I have been on TV and in national newspapers, I started, ran and then successfully sold my own business, I moved from continent to continent like it’s nothing, and to top it all, I’ve got the two most amazing, happy and grounded children.

I had no idea that deep down inside lived a sad, neglected four year old who wanted nothing more than love and didn’t know how to handle it when it presented itself. My low self-esteem has lead me to a) not listening to my own needs and wants and b) not voicing them clearly.

Back to March 2018, when I not only realised most of the above, but also got a feeling that yes, it’s ok to be mad at your partner and no, it doesn’t mean that they’ll stop loving you. I slowly worked through my self-esteem issues and as hard as it was, it has also been exhilarating. I have been (and continue) shedding layers of who I had to become because of the things that happened to me as a child. Feeling the crusty coat of coping mechanisms falling off is a relief and a revelation. I remember the first time I truly felt that, yes, I am indeed wonderful and lovable just because I am.

Very shortly after that, the next revelation followed: How dare he?!

Realising my own self-worth didn’t kick my husband off his pedestal. No, I climbed atop my own soapbox and for the first time, I felt we were seeing eye to eye. And as much as I love to take the blame, I suddenly saw that yes, I could have been louder in my asks, but he (although without cruel intention) used my weak spots to manipulate and patronise me when my plans and ideas didn’t fit his agenda.

Coming back from my trip last year, I kept my husband at arm’s length. I didn’t want to allow him to molly cuddle me into drowning out my new-found inner voice. My inner voice had the volume of a four year old, and I wanted to make sure I was listening. But you know what they say – old habits die hard and old patterns… well, I don’t know what they say about old patterns, but they are a b**** to break.

Without going into too much detail, something happened despite my clearly voiced veto. There were no arguments or heated discussions. My concerns were duly noted, accompanied by understanding nods, and then, behind my back, a decision had been made that clearly went against everything that I wanted or needed.

In all of this, it is this betrayal that hurts the most. So far, we had been unaware of the toxic dynamics in our relationship, but this?!

We have been coming a long way since then, and having your partner by your side to work through all of this has its benefits. But there is a lot of sadness from his side, and I feel pressured into questioning myself if we can ‘properly’ get back together again, or if we are continuing on the Conscious Uncoupling road. I have been driving myself insane, asking why I can’t just forgive, forget and move on, why I can’t just fall back in love with a guy who ticks 90% of all of my boxes.

I left for Thailand last week with the sole agenda of being kind to myself. That’s all. I had a feeling that if I would stop asking myself so many questions, the answers would present themselves. And they did.

I don’t necessarily have to leave to the other side of the world (and reenforce an old pattern) to take back control over my life. Neither do I have to accept the circumstances and make myself small (thus enforcing another pattern), because it would be better for everyone else.

Coparenting and cohabiting as friends with a lot of space for each one of us. That’s what I want and that’s what I will be asking for. Time to make my ask.

*I shall be calling him husfriend from now on. Husband doesn’t quite fit anymore, ‘wasband’ sounds a little sad and EX is such a horrible word.